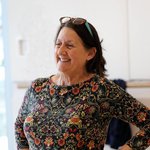 Sylvia Sykes began dancing in 1966, competing in 1970, and teaching in 1979. She has studied with many of the dance greats, including Frankie Manning, Dean Collins, Maxie Dorf, and Willie Desatoff.

Her extensive studies and travels have made her an expert on regional dance styles and she is known for her expertise in the older forms of Swing dance. She is credited with helping to preserve Balboa by introducing the dance worldwide.

Her dance troupe ran for fifteen years, performed with some of the great Swing bands, and nurtured other International teachers. She has appeared in many TV shows and in several documentaries on Swing dancing over the years. 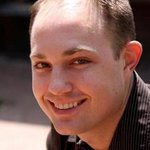 Nick has embodied the passion and spirit of swing dancing ever since his first lesson in 1998. His in depth understanding of Lindy Hop, Balboa, and Collegiate Shag stem from studying with the original dancers.

He is also an accomplished choreographer and has been featured on the hit television show So You Think You Can Dance? As an instructor, he is known for his ability to break down movements and technique to create a fun and light-hearted learning environment. His true love for music and dancing will forever inspire him to learn, teach, and grow. In 2004, Nick was honored to be recognized by the California Swing Dance Hall of Fam 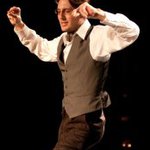 He is a passionate dancer of Balboa, Lindy Hop, and Solo Jazz and has won many national and international championship placements in those dances, which he teaches all over the world. His welcoming nature and humorous personality are complemented by his passion for the dance and in-depth instruction.

He is dedicated to exploring the art form and history of swing dance, as shown through his well-read blog, Swungover, and the story-telling talks that he delivers at events. He is the emcee of Lindy Focus and other events 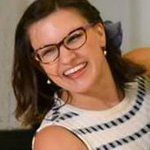 Annabel is known far and wide for her huge grins and prodigious laughter on the dance floor. Always a student of music and a lover of swinging jazz, she was addicted to the communication and spontaneity of Lindy Hop upon her first exposure to it in 2003 at Colgate University. She continued to delve into swing dancing while at Penn State where she was also introduced to Balboa, Blues dancing, and Collegiate Shag.

Through the years, she has social danced, taught, and competed in equal measure. She enjoys the challenge and camaraderie of competition, taking home top prizes in such events as the International Lindy Hop Championships, All Balboa Weekend, and the California Balboa Classic.

Her enthusiasm for teaching began even earlier, first as a music theory instructor, and then as a swing dance instructor and curriculum developer in her local scenes from Penn State to Memphis to Boston to Washington, DC. In her teaching, Annabel emphasizes technique and critical thinking to give students the tools to explore their own abilities, inspire their partners, and have a good time!